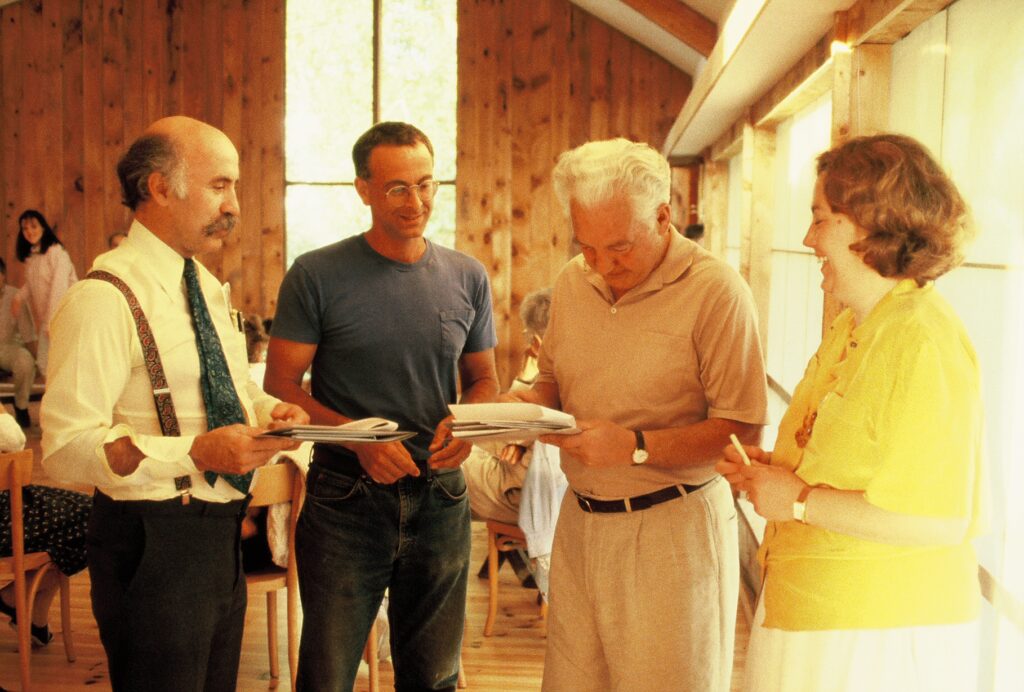 We are pleased to announce the Harry Conklin Fund for Farmsteads, an initiative of the Berkshire Community Land Trust in partnership with Berkshire Agricultural Ventures and Berkshire Grown.

The purpose of the Fund is to support secure, long-term access to land for farmsteads for small-scale farmers, while retaining ownership of the land in a community organization such as the Berkshire Community Land Trust. The word “farmsteads” is used deliberately. A farmstead includes a home, barns, sites for greenhouses, plus flat land for growing.  Successful small farmers generally live on the farm where they are overseeing intense production, such as at Indian Line Farm in Egremont.

Rationale for Focusing on Farmsteads

Larger pieces of farmland for haying or other feed crops, pastures, or large-scale vegetable production are well served by conservation land trusts which purchase development rights off the land and leave the land in private ownership. In such cases, when the land is owned by non-farmers, it means the houses associated with the farm are most often not farmer occupied. The land is then leased to larger-scale farmers who have equipment to manage big fields on scattered sites. This serves the need of keeping fields open and in production but fails to serve the needs of smaller farmers who do intensive farming.  Resources to protect sites appropriate for farmsteads is still wanting.

Market growers, farmers growing food for human consumption, are critical to our local economy. This is especially true in a time of climate disruption where supply chains are uncertain.  The Berkshires will be ever more dependent on its network of small-scale farmers growing for local markets.

However, many of these farmers are utilizing land on short-term leases without security. Attention to this problem was highlighted by Heather Bellow’s coverage in the Berkshire Eagle of the July tour of four South County farms by Commissioner of Agriculture, John Lebeaux (https://bit.ly/3f28rIF). Organized by Margaret Moulton of Berkshire Grown, the tour highlighted Colfax Farm which is losing its Informal lease and contrasted it with the community land trust model of long-term tenure at Indian Line Farm.

The purpose of the Harry Conklin Fund for Farmsteads is to serve these small-scale farmers seeking security on the land with the possibility of building a small home, making site improvements (fences, water, electricity, greenhouses, perennial stock), and putting down roots.

Community land trusts are a great resource for preserving farmsteads.  It is a model that removes the speculative value of the land from the farmers’ costs while providing equity in improvements.  The farmers own all the buildings and infrastructure on the land. The leases run for 98 years and are renewable and inheritable.  If the farmer needs to leave, the farmer can sell all improvements made on the land at current replacement cost adjusted for deterioration – but excluding the land cost – so keeping the sale affordable to the next farmer. The lease can include conditions such as organic methods of tillage and minimum crop production, ensuring that a one-time community donation of the land value keeps the land in active food-production into the future.

The Community Land Trust in the Southern Berkshires, the sister 501c2 organization to the 501c3 Berkshire Community Land Trust applied this approach at Indian Line Farm in 1999. Community donations supported purchase of the land. The Nature Conservancy bought an overlying easement to limit effluents into its abutting wetlands. The two farmers took out a mortgage to buy the buildings, however they did not have to add a mortgage for the land.  In the twenty-two years since entering the lease, the farmers have upgraded the home and barn, established greenhouses and fencing, and built their equity. Elizabeth Keen and Alex Thorp are among the most respected CSA farmers in South County, serving hundreds of shareholder families, selling at the Great Barrington Farmers Market, and selling wholesale to multiple restaurants and stores.

It is this model of land tenure we intend to replicate with the establishment of the Harry Conklin Fund for Farmsteads. The initiative was inspired by the news that Colfax Farm in West Stockbridge is faced with the need to move its operation off its current location.

On a June 30th call organized by Berkshire Community Land Trust to discuss the situation and crowd source a solution, Molly Comstock urged that this not be just about her and Colfax Farm, that she knew many small farmers who were farming with land insecurity. Colfax Farm might serve as a face, an example, but a community solution was needed to solve land insecurity for many of our small farmers doing essential work of food production in a climate in crisis.

Glenn Bergman offered that what was actually needed was a pro-active fund that could be used to purchase sites as they came available and then offer them to farmers who would use the sites as described in detailed land use plans. The CRAFT program run by a network of established CSAs in the region has collectively trained 100s of small farmers over the past two decades.  The farmers are ready. It is the responsibility of the larger community to secure the sites for farmsteads as part of a larger response to climate disruption.

Harry Conklin grew up on a farm in the Southern Berkshires.  He went to Columbia University as an undergraduate before going to Iran for the Peace Corps. He returned to complete his studies at the Boston University School of Law.  Harry was a much-loved lawyer who represented his neighbors and friends in Berkshire County throughout his nearly 50 years of practice.  In 1985 he worked with Robyn Van En to organize the first Community Supported Agriculture (CSA) farm in the country at Indian Line Farm.  He served on the board of the Community Land Trust in the Southern Berkshires for over four decades.  It is a pleasure to honor the legacy of our colleague through establishment of the Harry Conklin Fund for Farmsteads.

A Fund of this nature will ensure economic improvement for the agricultural sector in the Berkshires and could serve as a model for similar funds in other regions.

Tax-exempt donations should be sent to the Berkshire Community Land Trust, P.O. Box 276, Great Barrington, MA 01230 with Harry Conklin Fund in the memo line.  Donations of land are also most welcome.  Please email farms@berkshirecommunitylandtrust.org or call 413 528 4472 to discuss.